The 58 Coupé is the direct result of Sirena’s response to customers who have expressed a preference for an “express” style yacht. Sirena’s existing 58 is already the most successful yacht in the builder’s portfolio, and according to Sirena’s Director of North American Sales, Constantinos Constantinou, “This yacht is for anyone looking for a sleeker exterior profile or for couples who prefer not to have a flybridge but do admire the build strength and design details in Sirena’s existing 58.”

The hull and superstructure design is credited to legendary naval architect, Germán Frers and features a contemporary plumb-bow design, modest freeboard, and a fast-displacement hull that provides for substantial vessel range (exceeding 850 miles) at lower speeds of 10 knots, while still capable of top speeds in excess of 26 knots.

The Coupé version augments the existing 58 lineup by providing a vessel with distinct characteristics, such as a lower air-draft, a unified interior space on the main deck, and a light and airy interior imagined by famed Italian interior designer, Tommaso Spadolini. 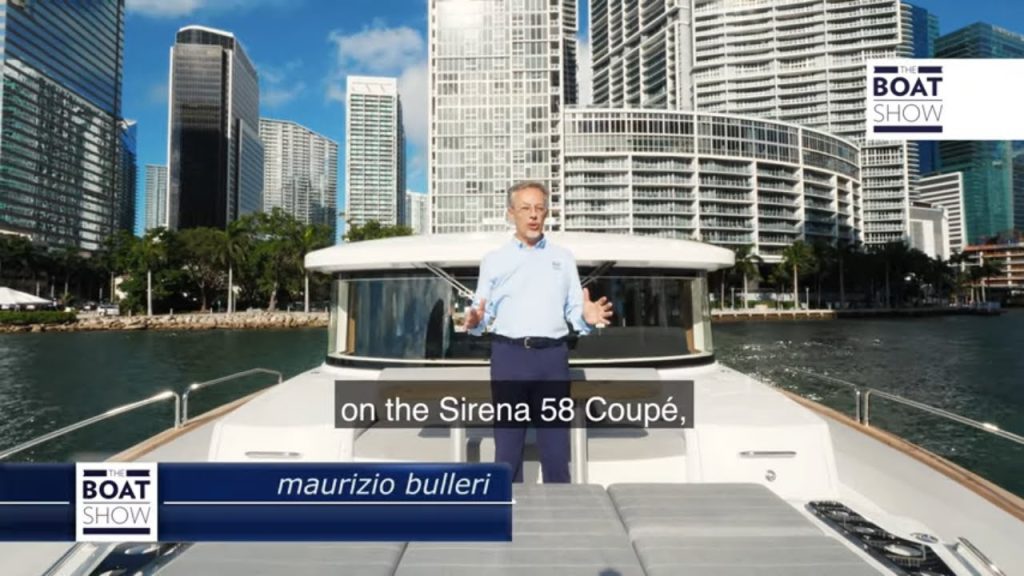 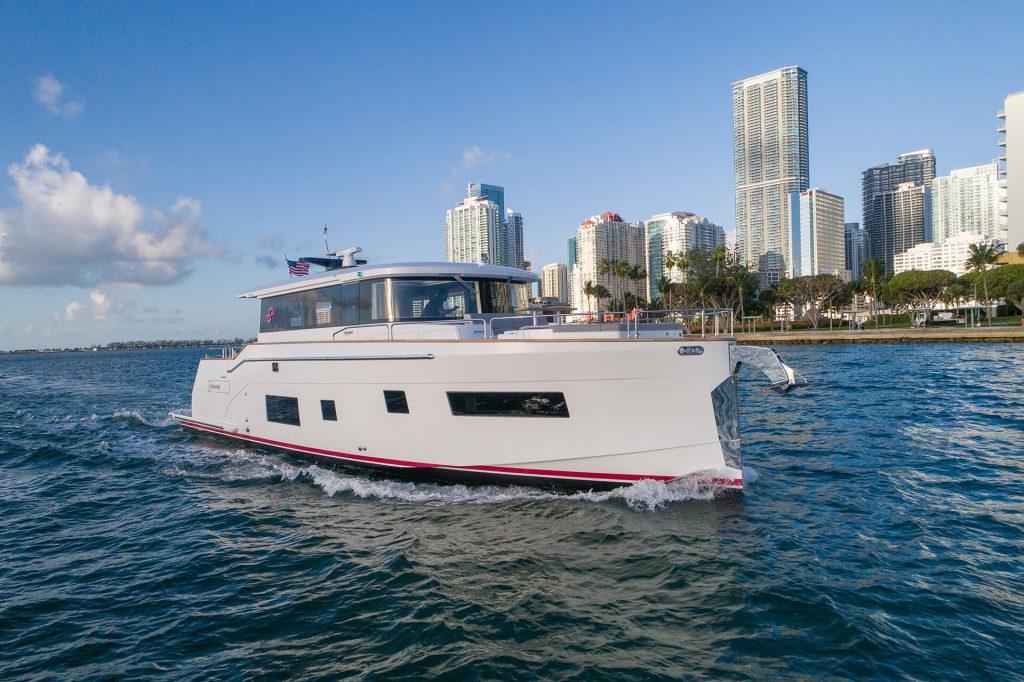 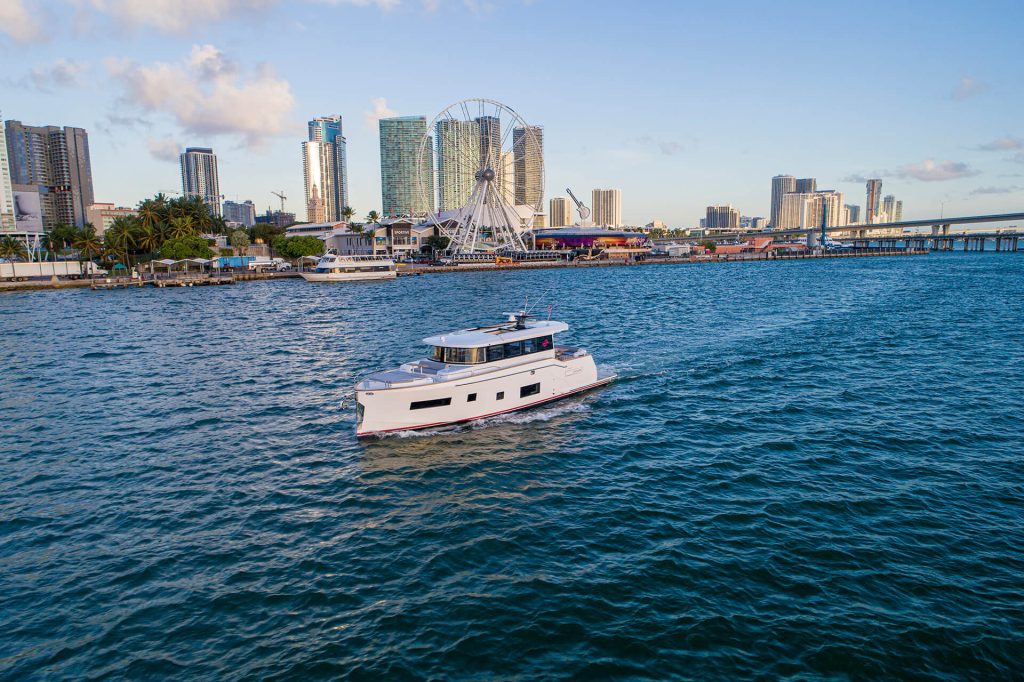 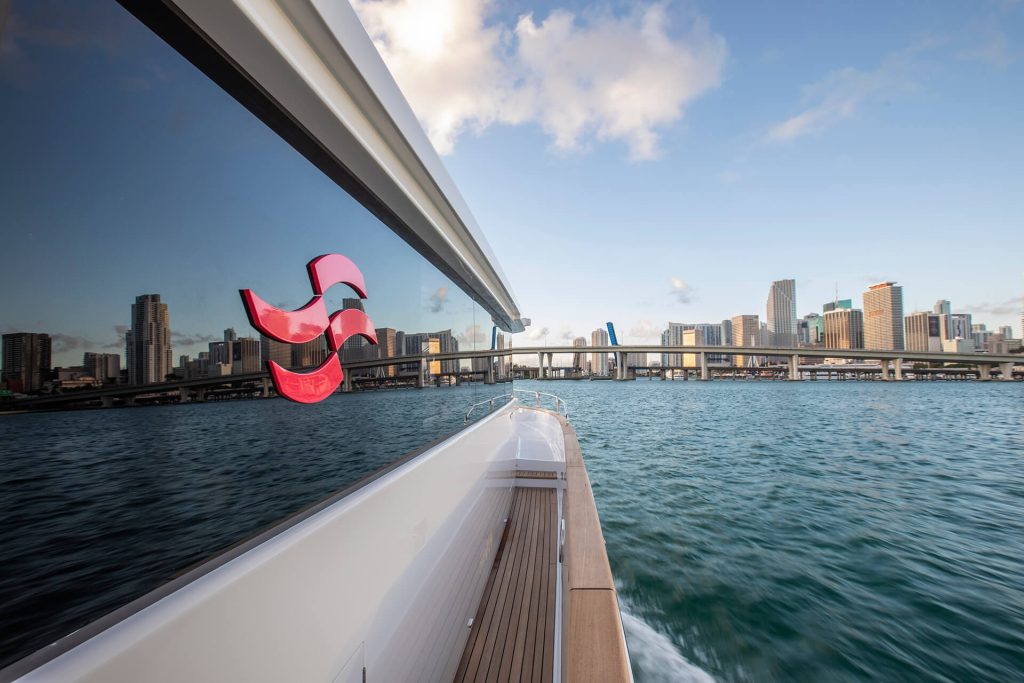 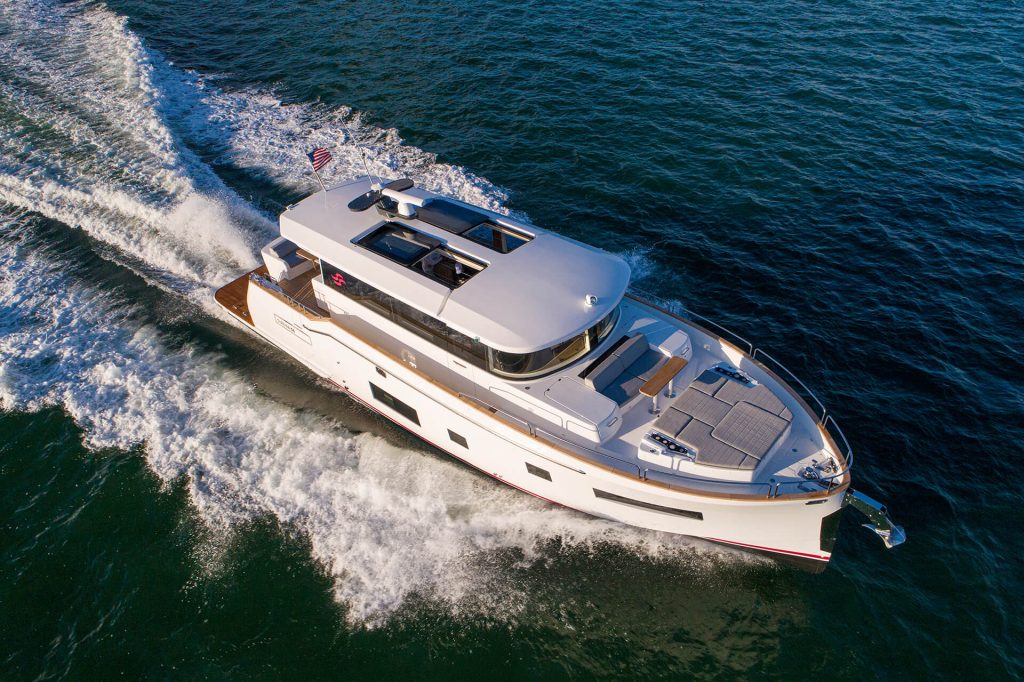 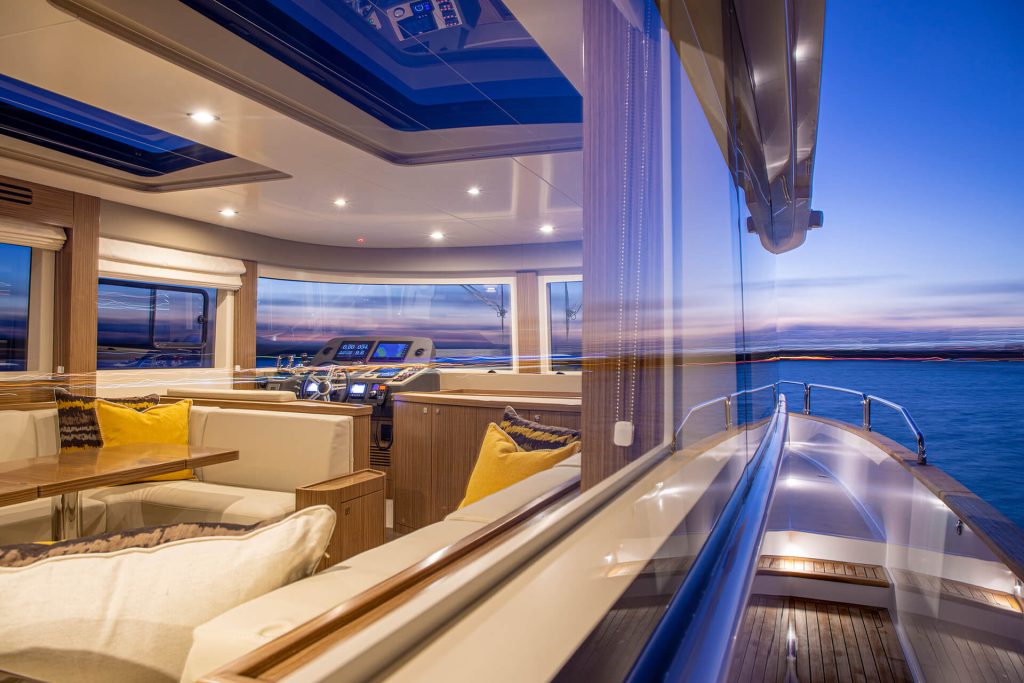 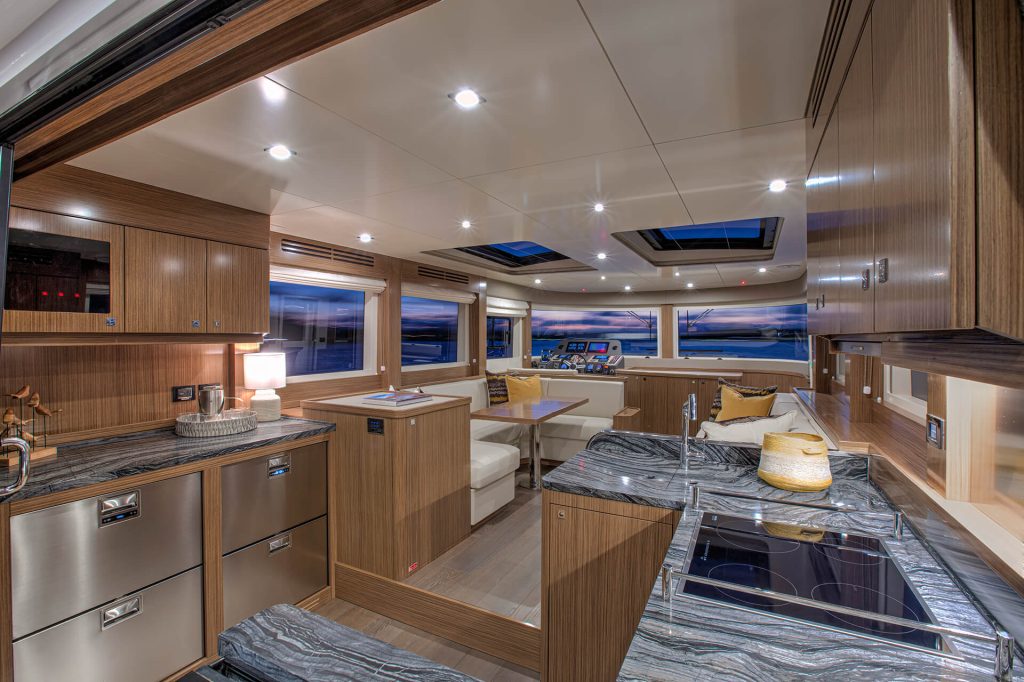 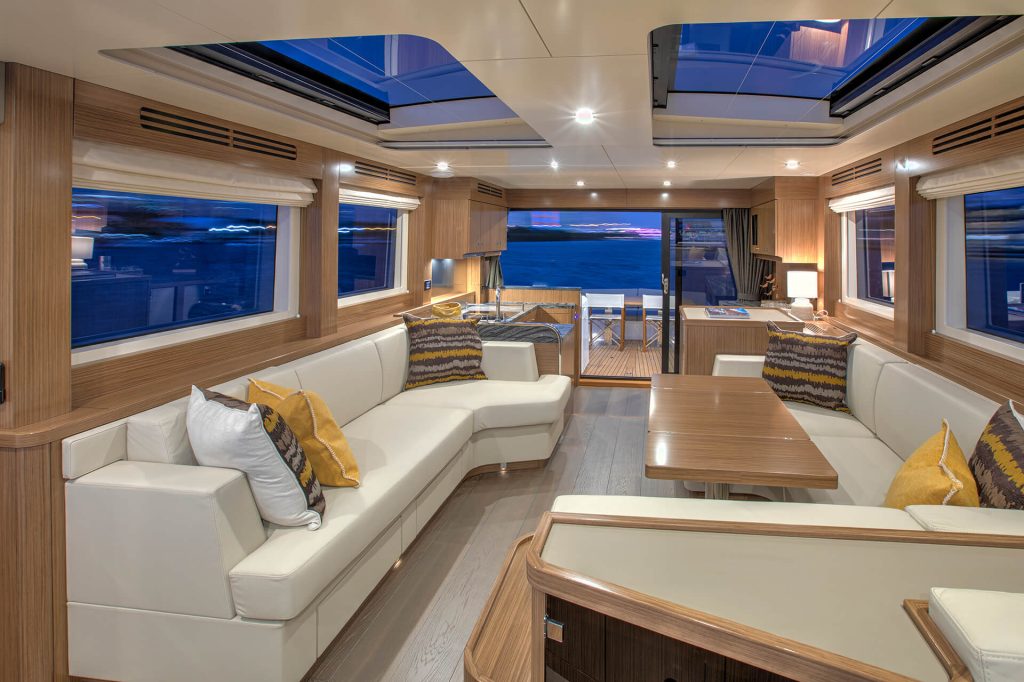 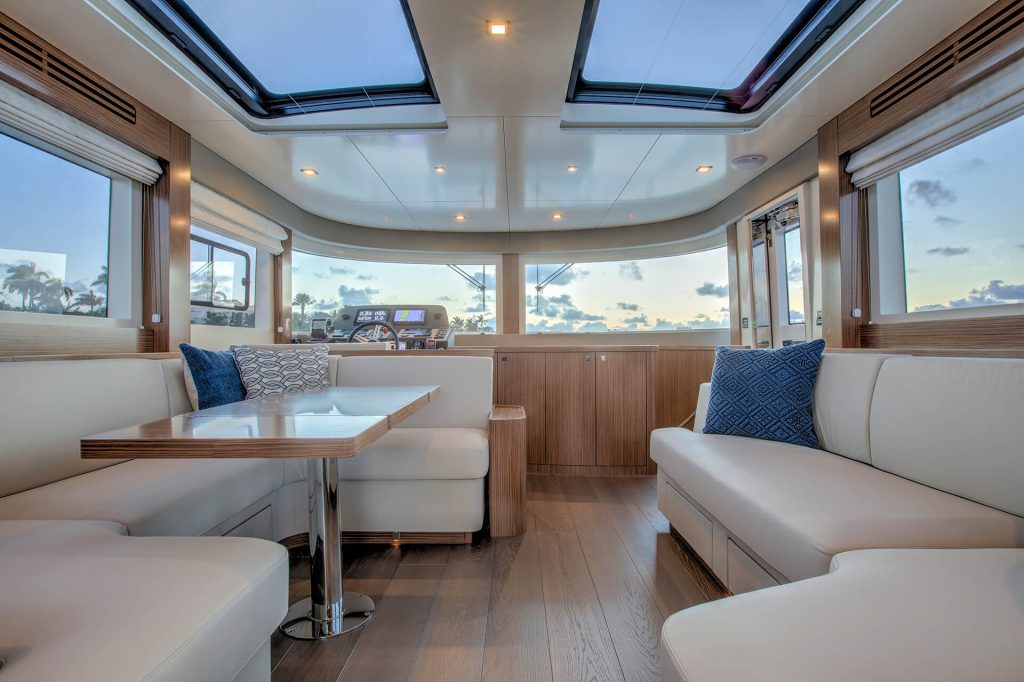